What is a Plate Heat Exchanger?

Plate Heat Exchangers are often used to separate primary and secondary circuits in HVAC systems. Those circuits may have different medium or static pressure conditions. Flow can be direct current or counter current.

Heat exchangers are extensively deployed in tall buildings to reduce the gravitational pressures provided by large water columns. Plate heat exchangers are also very common in District Heating and Cooling systems. Or in load circuits to heat potable hot water with a boiler.

Learn how the Energy Valve improves your plate heat exchanger

Sometimes flow directions through the heat exchangers have not been chosen correctly. As a consequence the heat transfer capacity is reduced. 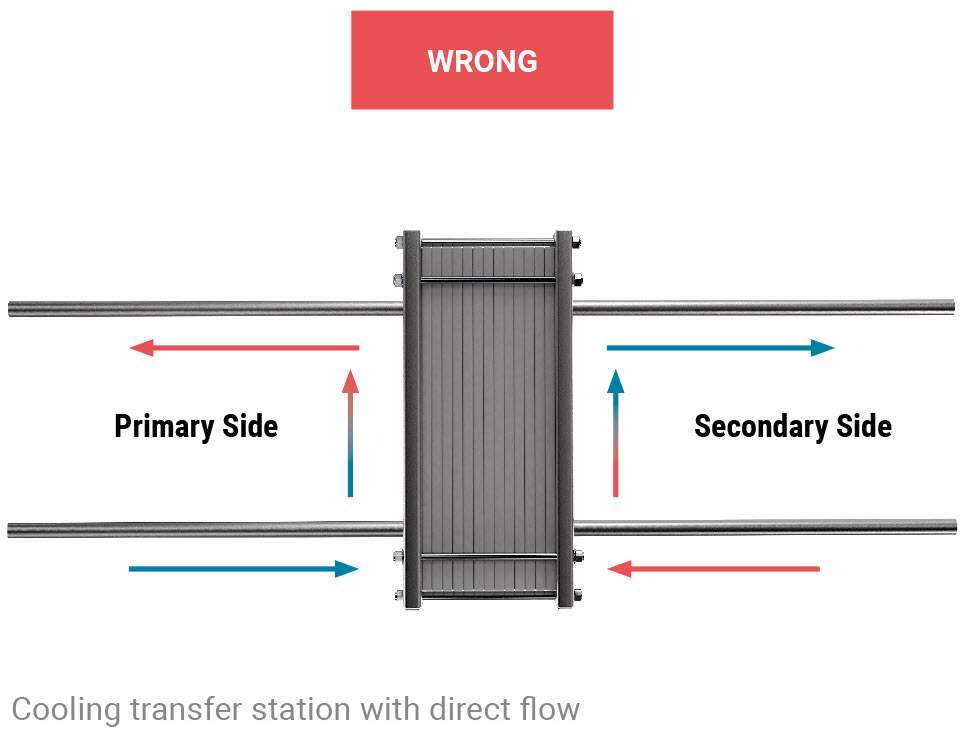 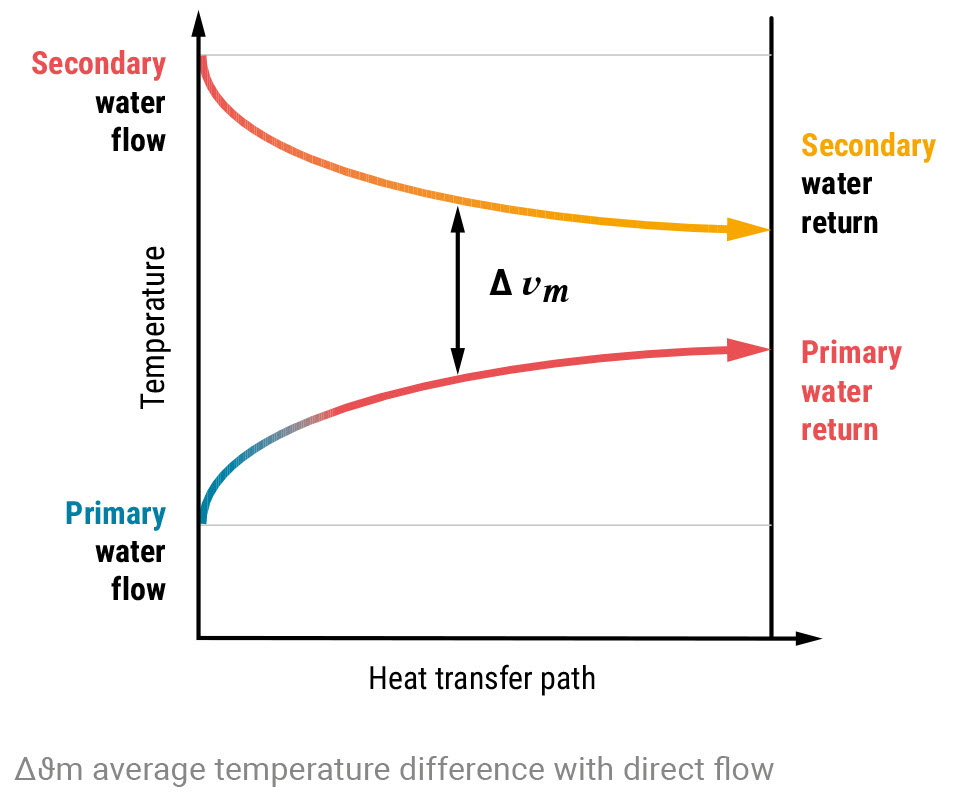 The two figures below show two possible flow installations while the contraflow setup shows much better heat transfer. It results in larger delta T and thus higher energy efficiency to connect flow directions. The Energy Valve is able to recognize false flow directions. If this is detected an alarm flag will be sent to the BMS and this can be discovered during commissioning. 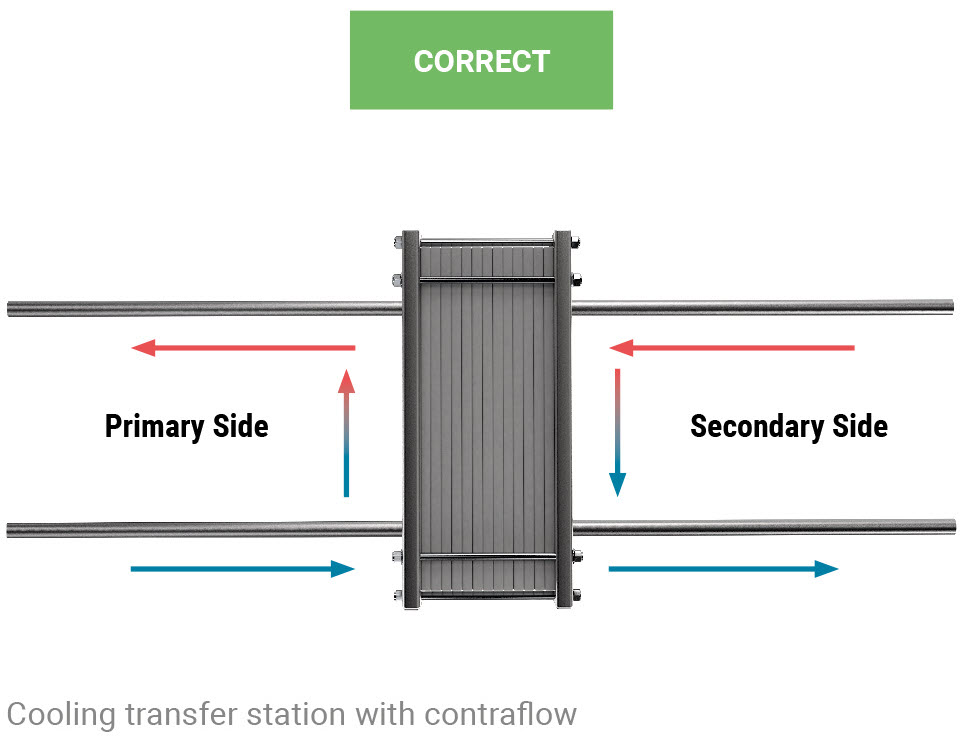 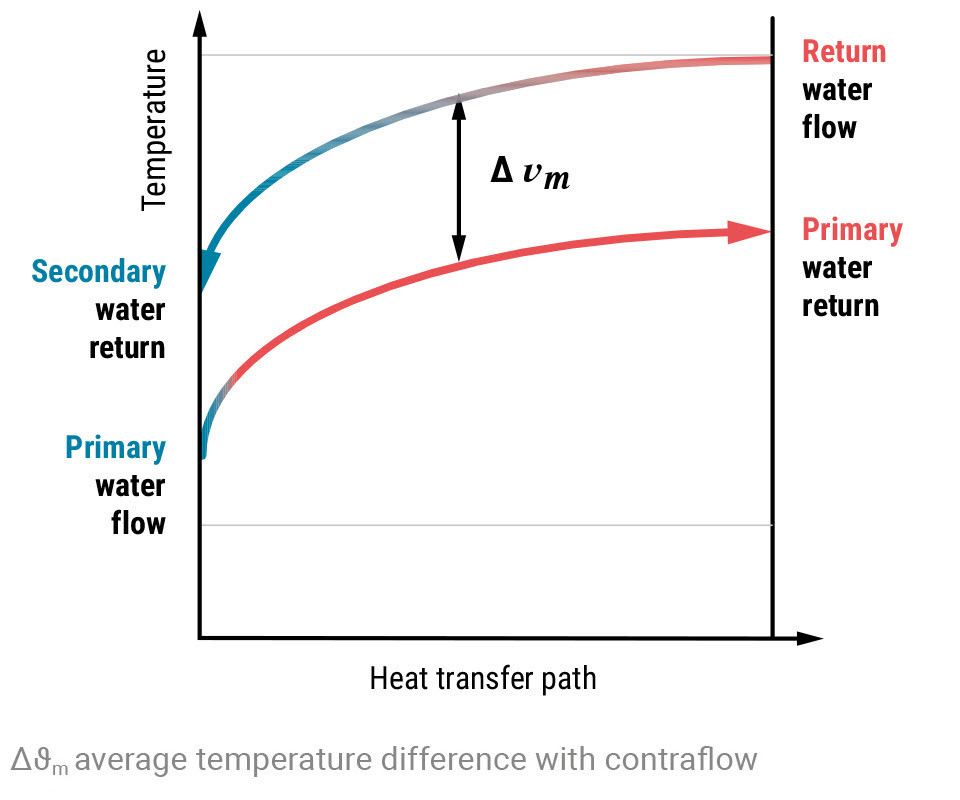 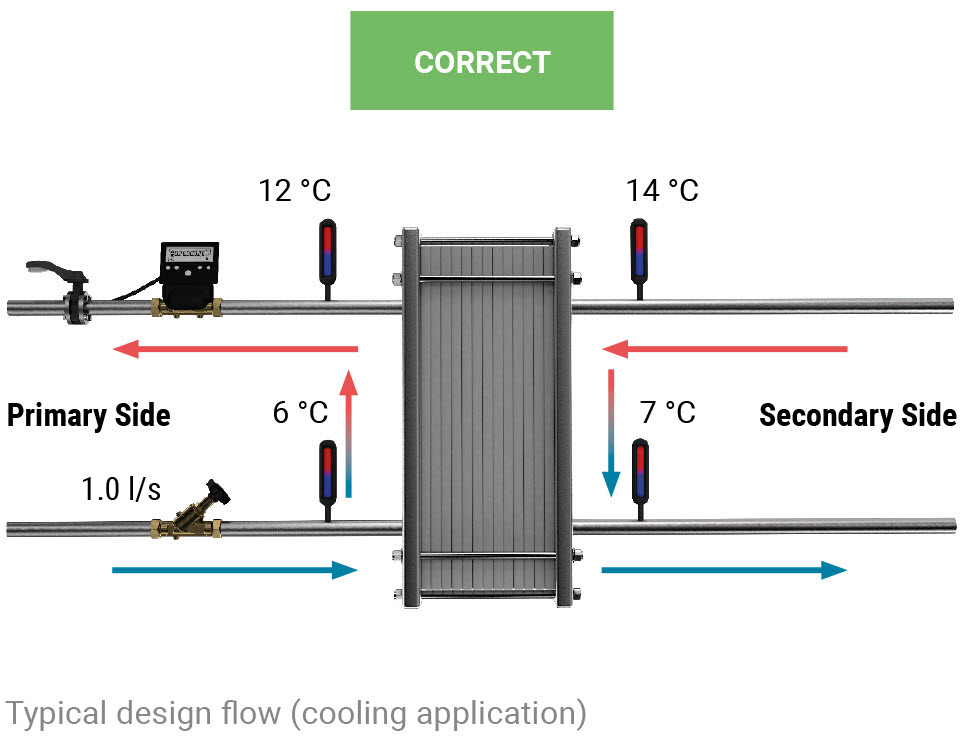 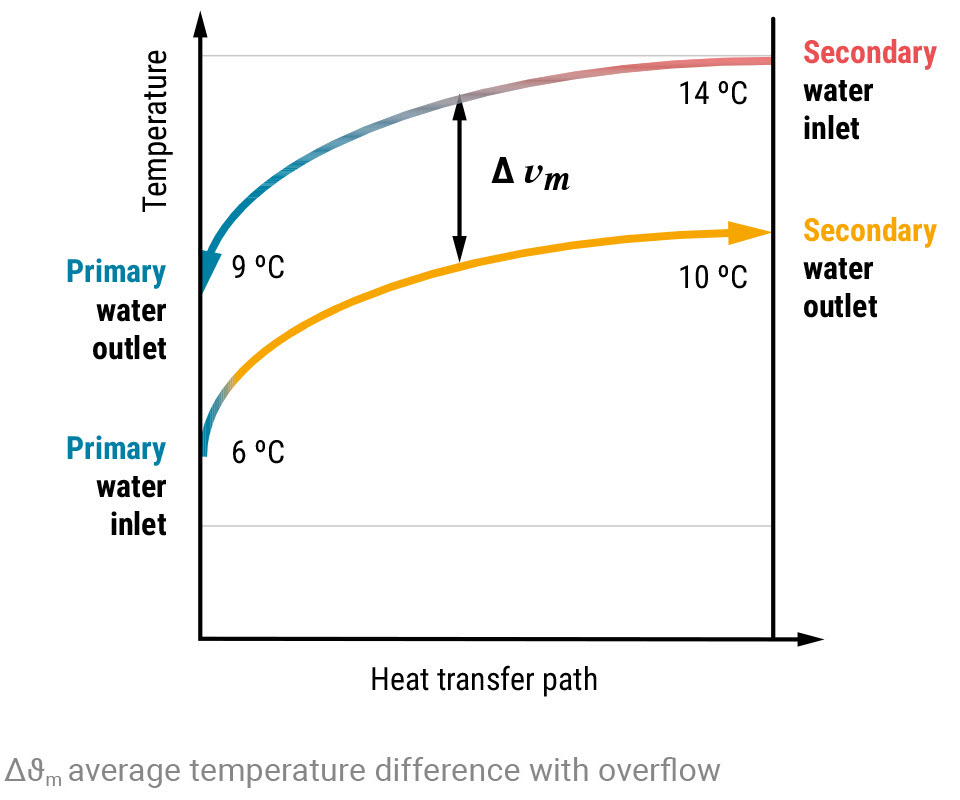 By replacing the traditional balancing and control valve with a pressure independent valve, we solve the problem with the pressure fluctuations across the system. This is a step forward but still requires the application of multiple devices, including a separate thermal energy meter. 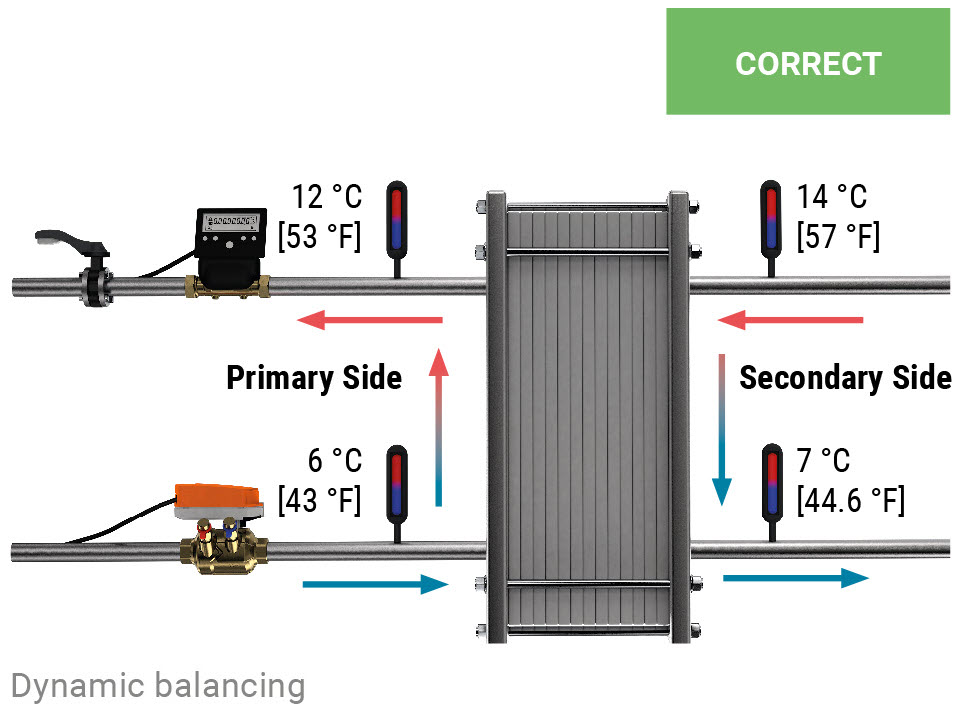 With a single EV we dynamically balance the system, monitor the energy usage for billing and record the delta T achieved. This reduces the equipment to be installed, making installation simple. 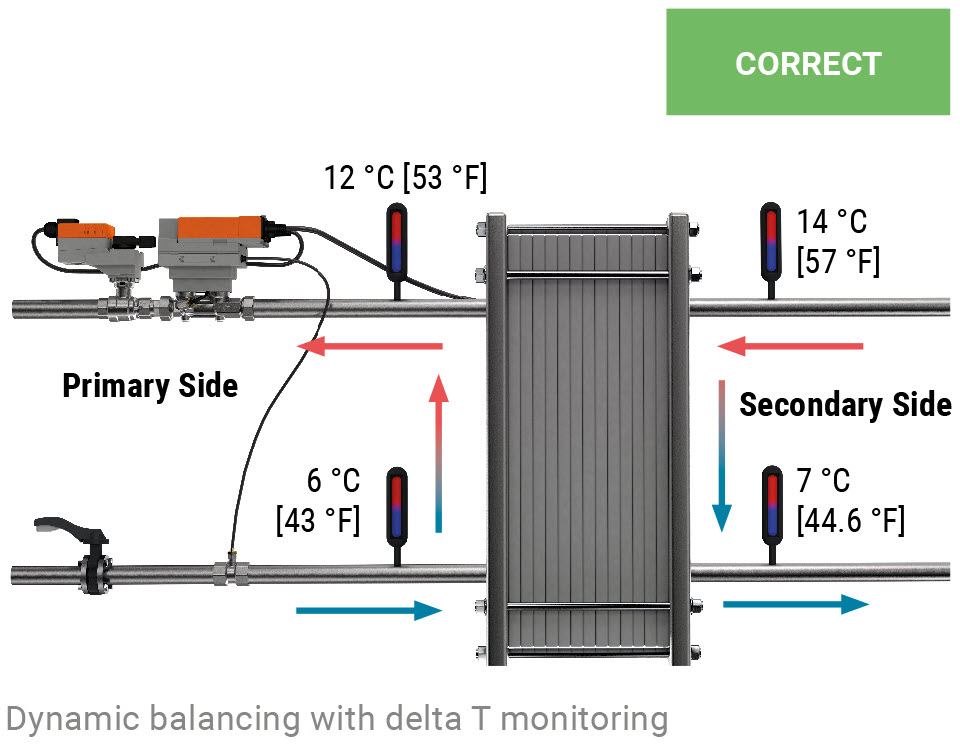 Most Heat Exchangers suffer from fouling on one or both sides of the circuits. Minor fouling on one side can substantially affect the thermal energy transmission and drastically reduce the delta T.
The amount of time the Delta T Manager is active is indicative of the fouling process. If after a period of time the Delta T Manager remains active for extended periods then the heat exchanger should be cleaned or replaced.

Citizens Plaza stands in the heart of Downtown Nashville. The Class A, 275,000 square feet,15-story office building was constructed in 1984 and houses multiple Tennessee governmental agencies. During a typical workday, it has anywhere from 800 to 1,200 occupants.“At Citizens Plaza, we were experiencing high utility thermal inefficiency charges from Metro Nashville District Energy System due to low Delta T and over pumping,” said Chad Lovell, Operations and Safety Specialist at JLL. After all, 15 Belimo Energy Valves became operational in Citizens Plaza, the average flow through the building during full occupancy reduced by over 200 GPM [12.6 l/s] versus the previous year when the original globe valves were still in place. As a result of the retrofit project, Belimo Energy Valves were able to reduce chilled water pumping by 49%, which equated to about $23,000 in annual savings.